The Bhopal gas tragedy in 1984 is the most disastrous incident in the history of India that still haunts many; the devastating moment that affected more than 6 lakh people simply cannot be forgotten. The calamitous incident killed more than 3,787 people as a whole. On that day, the Bhopal air carried the deadly gas leaking from the Union Carbide factory to the rest of the city, killing people – both awake and asleep. However, this tragedy has an unsung hero, a station master who endangered his life to protect others.

December 3, 1984, poisonous gas that flowed from the factory of Union Carbide in Madhya Pradesh capital Bhopal killed thousands of people immediately. The occurrence is now recognized as the Bhopal disaster or Bhopal gas tragedy. The plant had released almost 30 tons of a highly poisonous gas called methyl isocyanate, turning the city into a cemetery. More than 6,00,000 people were imperiled to the deadly gas cloud that left thousands breathless, blind and in torturous pain.

This incident had an unacknowledged hero, a person with courageous acts and greatness of character. Ghulam Dastagiri, a stationmaster without whom the casualties would have been much higher.

The 32-year-old, in his regular night duty, stepped on to the platform and noticed something troubling. Dastagiri felt his eyes on fire and a queer itching sensation in his throat. He was completely unaware of the fact of the gas leakage that was surrounding the railway station regularly.

Few of his staff were already dead, Dastagiri was unaware of the fact and was fully confused about the situation. He knew something was wrong when he did not get any response from the station office. He informed the senior staff at nearby stations, to halt all train traffic to Bhopal.

Above all, he had a very critical situation to handle which was a train standing in the platform waiting for its departure time. Gorakhpur-Kanpur Express included more than 1000 passengers on board and the train was not going anywhere before 20 minutes. The toxic gas had already covered the station and Bhopal passengers felt the fumes.

Dastagiri asked his staff to clear the lines for the Gorakhpur express as he was willing to take full responsibilities for early departure. He needed to guarantee that the train left quickly, without any delay.

Breaking all the rules and without taking permission from the head office, he and his courageous staff personally signaled off the train. His prompt decision saved the lives of hundreds of people who would have died because of the toxic gas in the area.

An emergency room in the station

But the work was not done yet, there were thousands of people in the station who were gasping, vomiting, and most were mourning. He sent a distress signal to all the nearby railway offices, asking for urgent medical help.

After a while, four ambulances arrived at the station with paramedics, followed by railway doctors. The station was now an emergency room of a large hospital.

The burning and itching Dastagir’s health became worse, but he disregarded it. He also had no time to think of his own family (his wife and four sons) who were living in the old city which was rigorously affected by the gas. Though, the accident didn’t leave him unaffected. One of his sons died on the night of the disaster and another received a lifelong skin disease.

“I knew he always is like that. Once there was an accident and he didn’t come home for three days,” says Fehmida, his wife.

The unfortunate incident had also effected Dastagir, he was a victim of a lung disease caused by toxic gas which made him commuting in and out of hospitals for 19 years. He received a painful growth in the throat due to increased exposure to toxic fumes.

Remembering the people who sacrificed their lives in the line of duty, the station authority has built a memorial on platform no.1 to pay tribute.

Ghulam Dastagir died in 2003, his wife says his efforts were not recognized by the railways as they did not reward him for his spirit of duty and dedication to helping suffering victims.

A forgotten real-life hero who saved countless lives, Dastagir’s story deserves to be appreciated and recognized by every citizen in the country. 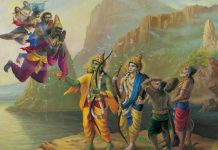 India Ahead Of Other Countries Like US, UK and France In...

Priyanka Chopra Gets Trolled After A Photo Of Her Smoking With...