Here is a news that Bengaluru Metro stations will soon have Eateries, Salons, and Retail Shops. If everything goes well then Bengalurians can have delicious food, shop at stations, and can even have their hair cut. It is highlighted that BMRC has invited retail outlets for a bidding process at 11 metro stations above the ground on purple and green lines. The space available in the station range from 150 sqft to 4,000 sqft, and renting price will go with the market rates. In order to make use of the space available in the stations and to ease the availability of daily essentials to the commuters, BMRC has invited bids in the categories that include bakeries, quick service restaurants, beauty salons, food courts, and retail stores. This project is intended to reduce the stress of the last-mile connectivity by making sure that commuters get their essentials at the stations.

“We are working to bring stationery, grocery stores, restaurants, and other essentials at one place, thereby ensuring the easy availability of them to the commuters. We are keen on having 24*7 chemist shops at about 40 stations. The shops will be located outside the stations and won’t be affected by Metro timings. “

With this, people can safely make money transactions without any hassle. BMRC is also looking out to partner with banks to ensure services like recharging Metro card at the ATM, and more.

App to be Launched in next 6-8 months

It is said that an App will be launched which will help commuters to find amenities available at metro stations. If everything goes according to the plan, we can expect this in next 6-8 months.

Bengaluru Metro stations are getting revamped and this is the first step towards it. In the coming days, it is anticipated that more facilities will be given to commuters to make their travel easy and hassle-free. 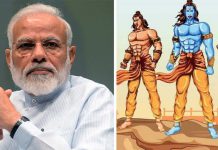 25 Of Maharashtra Family With Covid-19 Lived In A Congested Set...

This Karnataka Student has gained fame at International Level – Founded...