MetroSaga
Home News Arnab Goswami Reveals He Had Prior Information About Balakot Strike In Leaked... In an explosive exposé it has been revealed that Republic TV’s Editor-in-Chief Arnab Goswami purportedly knew about India’s plan to attack Pakistan to avenge the Pulwama terror attack in advance. Not just that, he even seemed to have shared this sensitive information with former BARC chief Partho Dasgupta!

According to the leaked WhatsApp conversation between Arnab Goswami and Partho Dasgupta, the journalist-cum-proprietor claims to hint that “something major will be done” which will be “bigger than a normal strike”. 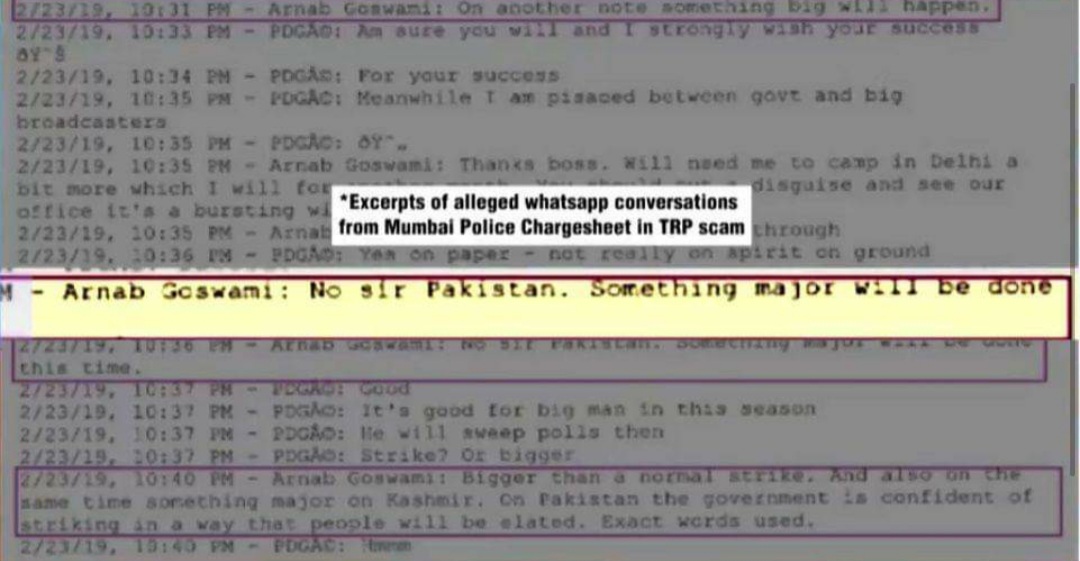 Curiously, the conversation is dated February 23, 2019, which was roughly three days before the IAF-led airstrikes in Balakot, Pakistan.

Given the nature of sensitive information discussed in the leaked WhatsApp chats, the Opposition has trained guns at the Republic TV’s Editor-in-Chief and questioned his intentions.

The Opposition parties are now demanding an internal inquiry into the alleged leak while military experts across the country have slammed Goswami for his indiscretion.

It should be noted that Arnab Goswami is being investigated for his involvement in a TRP scam.

Arnab Goswami Goes Hard On Times Now And India Today. Republic Claims To Be No.1 Channel