MetroSaga
Home Movies Anurag Kashyap Was Kicked Out Of Salman Khan’s Tere Naam Due To... 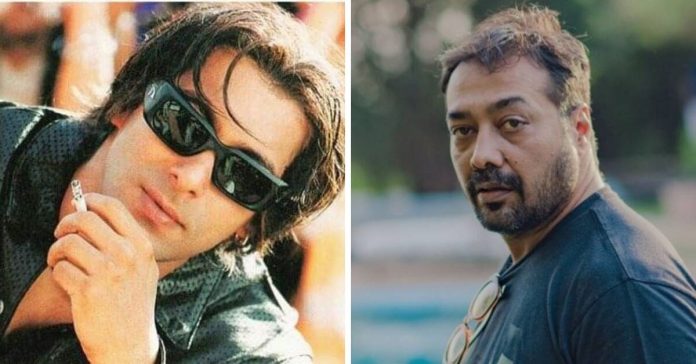 Anurag Kashyap recently revealed despite him not being convinced of Salman Khan being the hero of the film asked him to do a particular job to make the character look real. Instead, he was kicked out of the team.

Very less know the fact that the film that converted millions of people into die-hard fans of Salman Khan, Tere Naam was originally supposed to be helmed by Anurag Kashyap, the man who gave a hit films like Gangs of Wasseypur. When Anurag Kashyap was brought on board to direct the movie, wasn’t convinced if Salman Khan was the right choice for the role of Radhey, a man who hailed from Uttar Pradesh’s Mathura and Angra. The producers, however, had already made a decision, and hence, Kashyap came up with a few suggestions for Khan.

Anurag later asked Khan to grow chest hair because men from Uttar Pradesh aren’t usually clean-shaven. The filmmaker had narrated the incident in an earlier interview. He said that when he gave the suggestions to Salman, he didn’t utter a word and was only staring at him the whole time. The very next day the producer called Anurag at his home. When he reached to meet him at his office, the producer threw a glass bottle at him and said – ‘Saale Tu Salman Ko Baal Ugane Ko Bolega’ (How dare you as Salman to grow hair).” And this is how he was kicked out of the film and Satish Kaushik was taken into consideration as a director. Tere Naam turned out to be one of the biggest blockbusters.

Initially, it was not Salman Khan but Sanjay Kapoor who was the original choice for the lead role. Tere Naam was based on a real-life incident of Bala’s friend who had fallen in love and lost his mind. He ended up at a mental asylum.