MetroSaga
Home Movies 7 Interesting facts about Dr Rajkumar we bet you were not aware... Dr.Rajkumar! One name that reverberates and resonates in a very high pitch when we say Kannada. A personality that uplifted and promoted the rich culture of Karnataka and its heritage both on the screen and off the screen. There is nothing that has not been said about this legend or there is anything left to say about. Dr.Raj is an emotion to all the Kannadigas that cannot be manifested in words. Today, let us know few interesting facts about Dr Rajkumar who is a true gem of Indian cinema.

Only Indian actor to receive the prestigious Kentucky colonel award

In 1985, Dr.Raj was honored by then governor of Kentucky, United states and by this, he became the only Indian actor to receive this award. Such an honor. Dr.Raj has also received Padma Bhushan, Dada Saheb Phalke and a Doctorate from Mysore University.

People protested for choosing Dr.Raj for one particular role

It was a movie about Shri Guru Raghavendra Swamy, a Hindu Saint and a holy being. When Dr.Raj was chosen to portray the role of Raghavendra Swamy, there were protests and some negative talks about the decision made as Dr.Raj was a non-brahmin. It was so intense that the actor will not get a room in Mantralaya. Despite all these, Dr.Raj was so humble and dedicated to his work that he slept on the roads, bathed in public bathrooms and completed the shooting. When the movie got released it became a super hit. Today, the only image that comes to our mind when we think about Guru Raghavendra Swamy is Dr.Raj. It was 1978 By Election. Dr.Raj became a nightmare for Indira Gandhi

There were rumors that Raj Kumar will contest against Indira Gandhi in 1978 by -election. It was a difficult time for congress as they had to face series of defeats. If Raj had participated in the election then chances were more that he could win but the actor refused to contest. He felt that it is an act of injustice to use his popularity to win elections when he had no interest in politics. 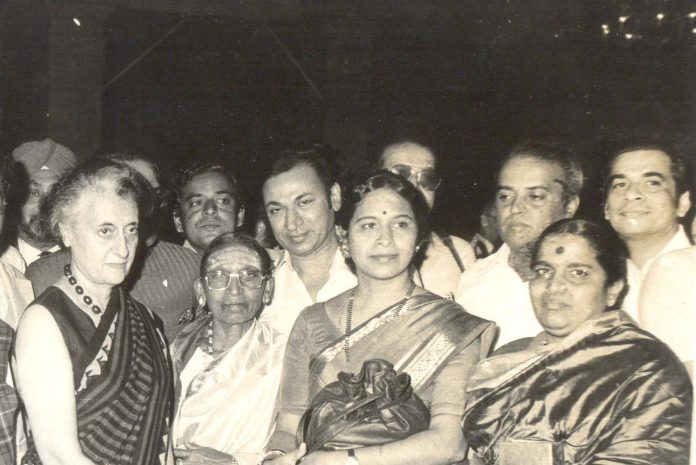 Dr.Raj was a true fanatic of Kannada

During his times, Dr.Raj was a superstar with 95% of success rate which is a very rare phenomenon in Indian Cinema. Once it so happened that the legendary actor Prithviraj Kapoor requested Dr.Raj to act with him in a Hindi movie. Any other actor would have agreed as Bollywood market is pretty wider than the Kannada market but Rajkumar has a gentle no as he felt that his art is reserved only for his love, Kannada.

Then Prithviraj Kapoor acted with him in a Kannada classical ‘ Sakshaatkara ‘ directed by another great ‘Puttanna Kanagal’.

Dr.Raj and his acts were followed by masses

All of the Rajkumar movies carried a social message and a lesson to the society. The super-duper hit Bangarada Manushya was an instance to it where after watching this movie, people in mass from both government and private sector gave up their jobs and returned to their village to take up farming. One such great example is Capt.Gopinath from Deccan Airways. Only Actor to receive National Award for both his profound acting and a heartfelt singing.

In 1963, the actor was facilitated with the president medal best actor for the movie ‘Santa Tukaram’ and in 1992, Dr.Raj won the best male playback singer for the song ‘Naadamaya’ from the movie ‘Jeevana Chaitra’. Dr.Raj was internationally popular with his movies

It is a known thing that Dr.Raj was God of Kannada Cinema but did you know that in 1965, one of his popular and critically acclaimed movie Naanadi was screened in International Film Festival, France; 40 years back.

A simple being with a child-like heart

Dr.Raj was a simple being and a yogi of the highest order. He inculcated Yoga in his life and practiced it till his last breath. He never found smoking or drinking on screen and it holds absolutely true to his personal life. Dr.Rajkumar is the only actor to act 14 films in a year, twice (1964 & 1968) and the only actor to be honored with Karnataka Ratna, highest civilian award of Karnataka state. I can go on like this and I can write pages about Dr.Rajkumar. Hope you found this article ‘Interesting facts about Dr Rajkumar’ entertaining and informative.

‘Barisu Kannada Dimdimava’ Is The Fifth Highest Searched Trend On Google In The Last Six Months!