Shankar Nag, a name that reverberates in the heart of every Kannadiga is indubitably an undisputed glory. Its been 27 years, Shankar has left us forever but that grief is still there like a newfangled wound. Every time when someone talks about creativity, every time when someone talks about innovation, and every time when someone speaks about a cinema of an offbeat genre, Shankar strikes. We wonder what Shankar would do these days where technology and digital media is at the forefront. He would be just unstoppable. Remembering the man behind Malgudi Days, here we are with few interesting things about Shankar Nag in today’s read.

Shankar is a Synonym for Speed

The actor who was in Mumbai has unprecedentedly fine-tuned to the speed of the city. He was pursuing his B.com and at the same time, his interest in drama and stage took its shape. Hamsalekha remembers that when Shankar Nag came to Bengaluru, he had felt that everything is moving in slow motion. There is no instance where Shankar Nag looked lazy and he lived every day as it is his last day of life. Shankar is a Superstar actor of Indian Cinema

Shankar Nag started his cinema career with a movie called ‘Ondanondu Kaaladalli’ which was directed by Girish Karnad. Thereafter, Shankar appears in a couple of movies but his first commercial break was ‘Seetha Raamu.’ With this, he becomes a Star and continues to give so many super hits. It so happened that all his movies from 1978 to 1990 were massive hits. Some of Shankar’s classic cults are Saangliyaana series, CBI Shankar, Moogana Sedu, Geetha, and the legendary Malgudi Days. 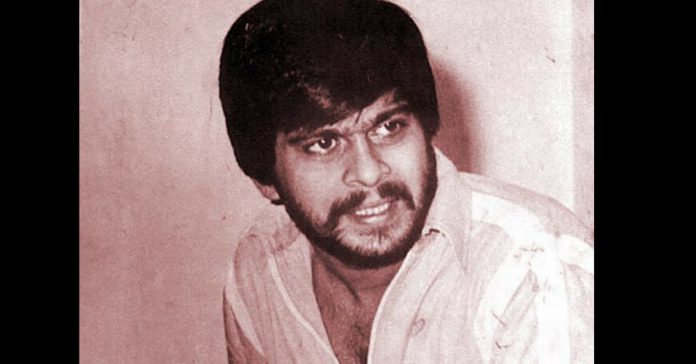 It was a time when there was no access to the Internet and Computers. Research and Information sourcing was so difficult that one has to go in search of libraries or to a person who had the needed data. Being in those times and going through the hectic schedules, Shankar was always there for the society. In his own expenditure, Shankar nag came up with a plan of building houses for the poor. It was a plan of building a house in 8 days and indeed it was a maverick idea in those times. Shankar wished to submit the plan to the Government but way before that, he started his journey to an infinite world. Shankar was a Multi-Talented Artist

We all know Shankar Nag as an actor and director but there are so many facets where the actor has shown his versatility. Shankar was a vivid reader and reading was his favorite pass time. Arundathi Nag (Shankar’s wife) recalls her early days and says,

“Shankar was a silent guy and he never used to talk much. I have always seen him sitting in a corner with a book. He used to read a lot and he loved solving puzzles.”

Music and art were Shankar Nag’s favorite. He was a master of Tabala, Harmonium, and Flute. One can see the influence of his interest in music in the movies and in the efforts put to set up the Karnataka’s own Sanketh Studio. Shankar Nag was an Ace Director

Be it the legendary Malgudi Days or an underwater shoot in ‘Ondu Mutthina Kathe’, Shankar mesmerized the industry with his direction skills. He used to direct plays but had not tried directing a movie. His first directorial venture was ‘Minchina Ota’ which was followed by stories like Hosa Theerpu, Nodi Swamy Naavirodu Heege, Accident, and Geetha. Shankar has also directed a Hindi movie called ‘Laalach’ and ‘The Watchman’ in both English and Hindi.

We can go on and on like this. Shankar Nag is such a person who inspired many and the very thought of him will trigger your creative instincts. We believe that the works of Shankar will continue to inspire and motivate you to follow your heart and passion.

Shankar Nag was a great fanatic of New Cars

Shankar loved Cars and more than that, he loved the technology behind the making of those cars. Unlike other celebrities, he never kept a manager to maintain his properties but he himself used to take care of his cars. Shankar Nag was an Epitome of Simplicity

Let us take you through two instances from Shankar’s life which shows his simplistic attitude and how he looked at the things around.

Arundhati Nag remembers, “ He never complained. He is the only superstar who used to do his work on his own. Every Sunday, Shankar used to put his clothes out of the cupboard and check for the repairs. If anything is needed then he never waited for any. Shankar had only 2-3 pair of jeans and 10-12 pairs of pajamas. That’s it. A Seedha Saadha personality.

Ramesh Bhatt recalls, “ Shankar never demanded anything from the producer. He was a very easy going person. If he wanted to change the costume then he never wasted time waiting for a green room. If we hide the scene from a Lungi or something, he used to change in mid of the road. He also remembers that Shankar was a person who used to accommodate everyone with such an ease that it looks difficult for you and me to do so.” Country Club in the City

In the context of Shankar’s foreign tours, a thought came to have a place where like-minded people come and discuss things. Shankar had seen this culture in the west and so he decides to have a place called ‘Country club’ in Bengaluru. He discusses this with his brother Ananth Nag and umpires to set it up a stage in their own farmhouse.

Shankar thought that a place like this will become an ideal room to discuss the things that would bring a change in society. It was all set for inauguration on November 20th, 1990 but fate had a different plan altogether. Shankar was way beyond the time

Shankar didn’t confine himself to one particular thing. From tieing a ropeway to Nandi hills to bringing an underground metro in the city, Shankar’s vision was just beyond the time. He always believed that his ‘acting’ was just a source of livelihood and he was not a person who ran behind the stardom.

Watch this video where Arundathi Nag talks about Shankar’s ideas and projects.

We can go on and on like this. Shankar Nag is such a person who inspired many and the very thought of him will trigger your creative instincts. We believe that the works of Shankar will continue to inspire and motivate you to follow your heart and passion.