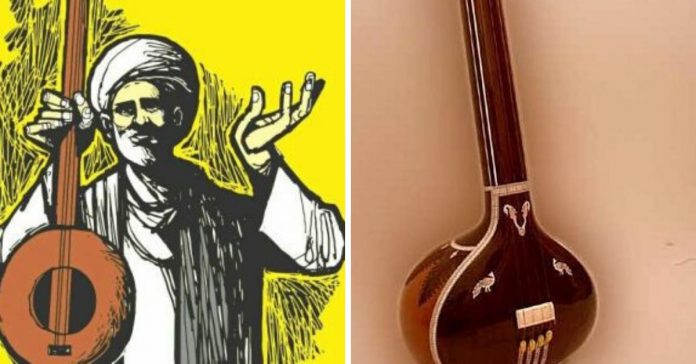 Santa Shishunala Sharifa is a legendary 19th-century mystic minstrel poet, philosopher, and social reformer. The famous saint worked hard to establish communal harmony across the region of Karnataka.  He mostly delivered his messages through songs tuned in with his Ekatare.

Here are the top 10 things that you must know about the revered saint from Karnataka:

Shishunala Sharifa was born to Imam Hazrat Saab in Shishuvinahala of Shiggaon taluk. His father was a disciple of Hajaresha Qadri who always dreamt of uniting Hindus and Muslims. Hajaresh Qadri was known for giving Linga Deeksha in which he tied the linga around disciple’s neck according to the tradition followed by Hindu Lingayat tradition.

2. Conceived With Blessings Of Basavanna

Father of Santa Sharifa followed the teachings of his guru Hajaresha Qadri and taught his son Ramayana and Mahabharata as well as the teachings of Allama Prabhu. According to a legend, Shishu Sharifa was conceived with Basavanna’s blessings. 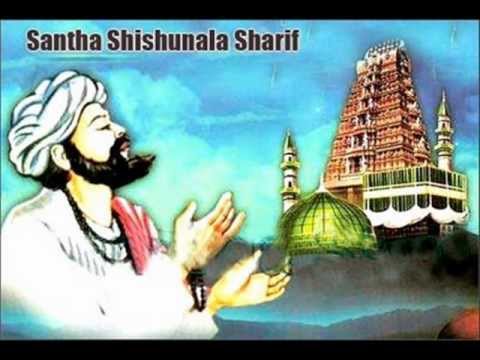 Santa Sharifa accepted an unconventional Hindu Brahman Govinda Bhatta as his guru who cared very little for these differences among caste and religion. When Sharifa’s father saw Govinda Bhatta sitting under a tree he requested Bhatta to accept Sharifa as his disciple which the master accepted.

After accepting Sharifa as his son, Govinda Bhatta nurtured the special qualities of young Sharifa that were beyond the logic of this world. Sharifa was more curious about the secrets of creation and these qualities were nurtured by Govinda Bhatta. 5. Worked Hard To Bring Unity Between Hindus And Muslims

Both Govinda Bhatta and Sharifa worked hard to spread brotherhood between the Hindus and Muslims and bring them together. That is why, both Muslims and Hindus worship the saint Sharifa at his temple in Shishuvinahala.

6. Composed Poems According To Situation

The revered saint used to compose poems (Tatvapada- moral poems) in Kannada according to the situation and sang them to spread his philosophy of life and universal brotherhood. That is why he is called Kabir of Karnataka. Surprisingly, even though he never put down his poems on paper, they still are sung by many as the compositions were passed by word of mouth. When Sharifa’s parents started forcing him to marry he was disturbed and asked his guru Govinda Bhatta, “If I become a Samsari, won’t I get stuck in desire and illusion?” Bhatta replied, “Why are you worried? Even in the worst rain, does wind become wet? Does light become soaked? So go and get married!”

After marriage, Sharifa had a daughter and worked as a school teacher in Karadagi to earn for the family. After his wife passed away shortly, the neighbors adopted Sharifa’s daughter and he was free to live his life of a monk.

Santa Sharifa quit his job and started teaching lessons of life by participating in folk dramas through daily experiences. The first sufi poet in Kannada literature lived in extreme poverty and was supported by Govinda Bhatta during his bad times. After Govinda Bhatta died, Sharifa lived for another 20 years.

9. Gave Up His Body As Per Sharana Tradition

In his last few days after he fell ill, Sharifa decided to give up his life according to the “Sharana” tradition. In this tradition, ash is smeared all over the body and the feet of the Shaivite monk or Jangama are worshipped. These feet of the monk are then kept on head and life is given up. Despite opposition from many, Hirematta Karibasavayya, a Jangama agreed and Sharifa left for heavenly abode on July 3, 1889 AD.

Even though Sharifa was born as Muslim, he lived life as a Hindu which is why his last rites were performed in both the religions. Quran and Hindu Mantras were chanted simultaneously.

Today, a Samadhisthan has been constructed in Shishuvinahala where the statues of both Sharifa and his guru Govinda Bhatta have been installed. This place is revered by both Hindus and Muslims.