When it comes to Movies in India, we usually refer to Bollywood. Or at the least, we find some or the other means to mention Kollywood and Malayalam movies. It is not that they make good movies and the rest produce bad movies. Also, film industries are not judged with a couple of hits or a series of flops however there are so many factors that come into place. There is a certain balance that every industry goes through but due to reasons, certain industries are always defamed and discredited. In this context, Kannada Film Industry was also detracted due to its limited market and diverse interests of people in the state. Unlike the bygone days of Raj Kumar era, KFI had lost its charm until recently when a new wave of talents hit the industry.

In the last decade, KFI has definitely matured and elevated to a new level of movie making. The industry has produced movies which re-defined the way the films were made earlier. In 2016 – 2017, KFI hit all the right notes to impress the audience with its creative story-telling, interesting narratives, and a thoughtful message at the end. Here, we have tried to list a few Sandalwood movies by first-timers which made their mark.

Ondu Motteya Kathe – The Tale of an Egghead is one of the Offbeat Indian movies that have successfully managed to hit all the right notes and push all the right buttons to tell a story that has to be told. From its very first scene to its climax, the movie is so interactive that you will relate your life instances to it without your acknowledgment. Director Raj B Shetty has won in his first attempt and this victory will be sung for a very long period of time. Ugram (2014) is an action thriller directed by Prashanth Neel which actually broke a lot of myths of movie making in Sandalwood. A movie which gave a solid come back for Shri Murali and a hope for many aspiring film makers to try their hand in the industry. The film starred Thilak Shekar, Atul Kulkarni, Avinash, Jai Jagdeesh, Haripriya in the prominent roles. It completed a run of 100 days and was also re-released in some theatres across Karnataka. It is interesting to know that it was remade to Odia as Agastya. Also, one of Ugram’s Assassination sequence was used in 2018 Tamil movie ‘Sketch.’ Kataka with its horror-thriller plot brought the right narrative of the story to the table. From the story, the screenplay to characterization, Kataka impressed the audience with its visuals and some worth-praising performances. Director Ravi Basrur made sure that cinema maintains its quick pace to deliver an edge of the seat experience to the audience in the theatre. Shuddhi is a contemporary crime-drama written and directed by Adarsh Eshwarappa which gave a Hollywood experience to Kannada audiences. It highlights a situation the women go through in the society in a subtle way to deliver the right message at the end. The movie was widely accepted and applauded by the urban movie fanatics and its trailer was trended in the Youtube at number 3. Shuddhi’s cast was intelligently made with Lauren Spartano, Niveditha, Amrutha Karaganda, Shashank Purushottham, Siddharth Maadhyamika, and Ajay Raj in the lead roles. 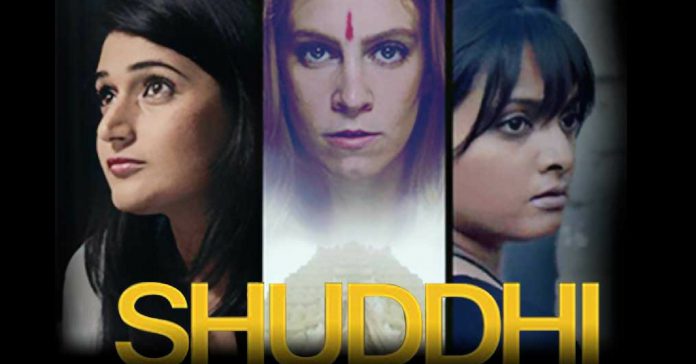 Rama Rama Re is one of the highly rated movies of KFI directed by D. Satya Prakash. A story of a convict and the retired police officer in the plot of life, death, and human values simply mesmerised the audience. Satya Prakash with the fame of a short movie called Jayanagar 4th Block left no flaws in narrating the story of Rama Rama Re and to that extent, this Cinema made a noise in the industry. Karva with its interesting take on horror blended with thriller bumps was definitely an off-beat try in the Kannada Film Industry. It seems to be a usual tale but the way it was narrated and cinematographed made it look fresh on the silver screen. Directed by Navaneeth and written by RJ Rohit, Karva was nominated for IIFA Utsavam Award for best performances in a leading role – female. Rangitaranga is a horror mystery directed by Anup Bhandari starring Nirup Bhandari and Sai Kumar in lead roles. This is a psycho-thriller story that actually put the Kannada movie on the world map. First Rank Raju was a satire take on a subject that was overrated in the society. The movie hit all the right notes to deliver the message that every student can take in the right spirit. Directed by Naresh Kumar, first rank Raju tickled the funny bones with its sarcastic dialogues and witty performance by Raghunandan in the lead role. Thithi was an insanely incredible movie that broke all the stereotypes of a typical movie making. A movie that starred non-actors directed by a debutant director (Ram Reddy) left everyone in splits through its brilliant narrative and a subtle message at the end. This is a movie that starred Ananth Nag, Shruthi Hariharan and Rakshith Shetty in lead roles thoughtfully presented the relationship between a Father and the Son on the silver screen. Ananth Nag stole the show while Rakshith Shetty delivered the right emotions to justify an unusual plot put by Hemanth Rao. The recent release of KFI starring Shiv Raj Kumar and Shri Murali took an incredible opening in the box-office. The underworld plot blended with emotions through a character called Bhairathi Ranagal was a real treat to cinema fanatics. Directed by Narthan, Mufti can easily be counted among the best mass entertainers of KFI. So, this was our list of Sandalwood movies which made their mark. If we have missed any movies then please let us know in the comments below.