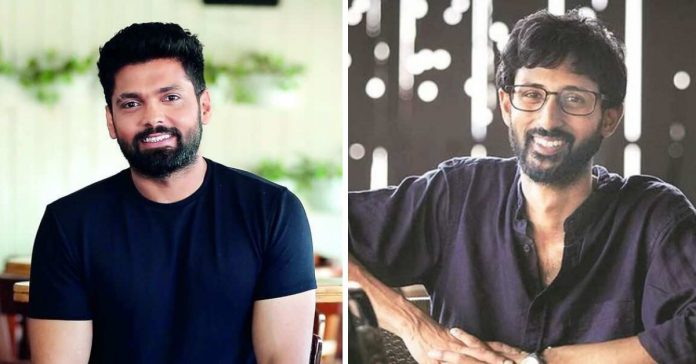 The “second” step is invariably a difficult one for an individual from the film industry, especially if your first endeavor has progressed in the right direction.

While the “second” movie can dictate how your career could move forth, it is also at this step that the technicians or the artists will also have to deal with expectations, a burden which was absent while they were making their first film.

But, hey! That does not mean you do not have to take the second measure altogether. In Sandalwood, we have a group of filmmakers who excelled in their first movie and have kept us waiting for their next offering ever since.

We are keen to watch their “next”, as we speak more about these stars in this write-up.

A cult classic on his debut, Rakshit Shetty is yet to pick the megaphone for his next. Although there were rumors of ‘Thugs of Malgudi’ with Sudeep, it appears ‘Punyakoti’ could well be Rakshit’s next as a director.

Now, who could forget the impact of ‘Thithi’ on the Kannada Film Industry and the audience as a whole. Raam Reddy set the thresholds of realism possible in movies, and, surprisingly, he is yet to freeze his second project, despite having all the skills in the book.

An assistant to Prashanth Neel, Narthan made his master proud by carving out an intense flick called ‘Mufti’. While he started work on the Tamil remake of the Shivanna-Srimurali starrer, as per the latest news, the project has been shelved.

‘Gultoo’ made noise in KFI, for its fresh content, fine technical detailing and a simple-but-effective story. Janardhan Chikkanna has turned into a producer but we are very keen to know what he has in store for us in his next.

The latest happening director in the town, actor-cum-filmmaker Darling Krishna has already started scripting a sequel for the runaway-hit ‘Love Mocktail’. Krishna rubbed several fine aspects of filmmaking in his first, and the curiosity levels have truly advanced for his next.

Although Roopa Rao had directed many short-films and documentaries before ‘Gantumoote’, the teenage love-story was her first mainstream feature movie. With the movie having touched many across the country, naturally, the expectations are high regarding Roopa’s next project.

Vijay Nagendra’s ‘Geetha’ received wide critical acclaim for a sensible story set amid a historic occasion. The filmmaker also showed a good taste for music and aesthetics. We can count on him to deliver another beautiful film in his upcoming project.

‘Chowka’ entertained the fans of multi-starrers across the state. Tharun Sudhir also impressed with his inclination towards action and sentiment. Thankfully, we need not wait long for his next, as ‘Roberrt’ is set to release soon.

Raj B Shetty has established himself as a different actor but as a filmmaker, he has kept fans of ‘OMK’ on a long hold. Nevertheless, his next, a gangster-drama along with Rishab Shetty, has finished the shoot and is in post-production.

A more than decent start to his career, Avane Srimannarayana-fame Sachin is yet to freeze his next. He showed signs of promise in his first attempt, and we can expect the youngster to repeat the feat in his second project.